Four distinctive whiskies from four of Scotland’s best distilleries – the Eighty Eight Series explores the effects of cask size on top quality spirit. Each of the drams in this range was finished in a quarter cask, allowing the spirit to draw flavour at a much faster rate and amplifying the notes already there.

These four whiskies were hand-selected by Cask 88 (an expert cask broker and independent bottler), from the Bladnoch Distillery in Speyside, Caol Isla and Bunnahabhain on Islay, and Highland Park in the furthest north part of Scotland on the Isle of Orkney.

The bottler has a great many friendships and connections with distilleries, and private collectors, up and down the country, and this gives them the enviable privilege of sampling an enormous number of the finest casks out there.

This endless cask sampling and cask management of their inventory has lead them to become something of experts in selecting and caring for top quality casks of whisky. A swift glance at their earlier release, the multi-award winning Ben Nevis 45 Year Old, backs this up.

For this series, the four chosen drams were finished in quarter casks (otherwise known as octaves) that had previously housed sherry and only 88 bottles of each were produced.

So what was the thought process behind using these smaller casks? Patrick Costello, Director at Cask 88, said it was all about flavour: “Octave casks are a unique way of maturing spirit because they are smaller than the traditional hogshead used. Because they are only fifty litres it effectively speeds up the maturation – there is a more intense interaction between the wood and alcohol.”

The smaller the cask, the more frequently all of the liquid comes into contact with the wood, drawing out those naturally occurring oils known as vannilans. It’s these that add flavour to the spirit and that has allowed Cask 88 to achieve something brilliant with these whiskies.

Their expertise in cask selection has meant that they have selected spirit that has a unique sense of each distillery’s character, allowing us to experience the flavours that we recognise – the heather in Highland Park; the earthiness of Bunnahabhain; the sweet and smoky combination of Caol Ila; the sticky fruit and nut flavours of Bladnoch, and they’re all there!

But what comes next is wonderful. A range of subtle and delicate sherried notes marry with each style to add an extra layer of complexity to the whiskies, particularly in the case of the younger ones.

It’s a cracking achievement in terms of cask selection, management and whisky production in general and Costello is happy with the outcome, “The Ben Nevis 45 Year Old was a great moment for us – for our first official global official release it was great to receive two gold medals at the IWSC awards. We’ve set the standard high for ourselves and we hope to repeat this many times over.”

With other upcoming releases on the horizon and the bottler focused on selecting the best casks they can get their hands on, it’s exciting times for Cask 88 and their fans: “We have the second release for our folklore series coming up in January next year and alongside that we would like to do some more one off bottlings. We aren’t in a rush to bottle casks, but when the right one comes along we will.”

Sounds good, so, onto the whiskies! 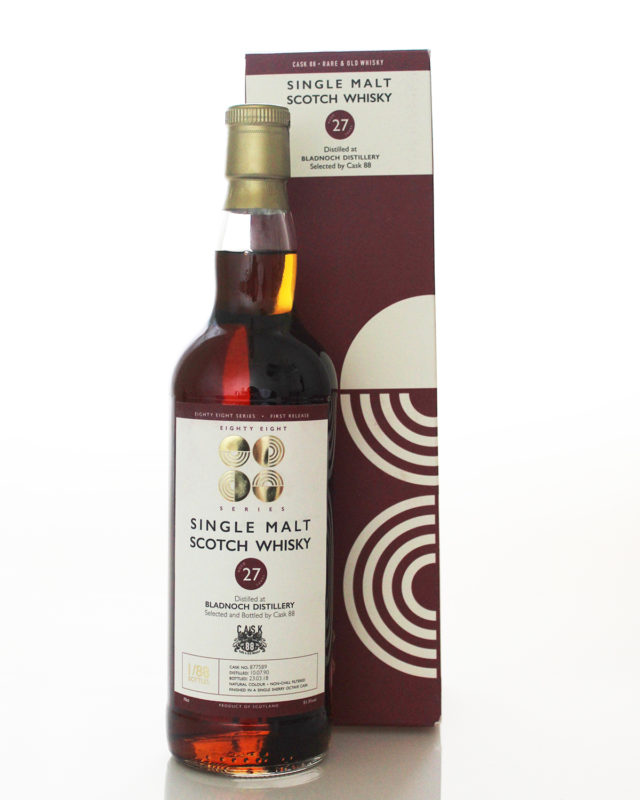 The Bladnoch spent 9 months in the quarter cask, having spent the previous 26 (and a bit) years in a sherry hogshead. This is a real sherry-bomb with sticky dates, burnt brown sugar, cherries, subtle tropical fruits and butterscotch to name a few. It’s chewy and full.

A little water brings a lot more fruit to the table –  a mix of berries, orange zest and a kick of sweet cinnamon are the most apparent. With or without the water, it’s a delicious dram and the perfect choice a sherry lover or fan of Speyside whisky. 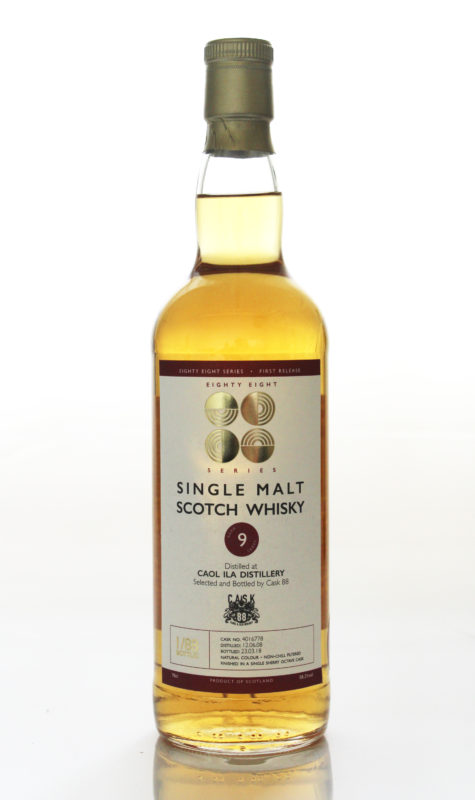 This one also spent 9 months in the quarter cask, having been in a refill hogshead for the majority of its life. It’s a proper Islay whisky at its heart with an earthy, slightly smoky nose. Then comes a sweet butteriness, ginger and some subtle spices from the sherry. The finish is smooth with a little more smoke, citrus and some sherried fruits.

It’s a surprisingly complex whisky for its age and the finishing period has certainly had a fantastic influence on the liquid, most apparent towards the finish. 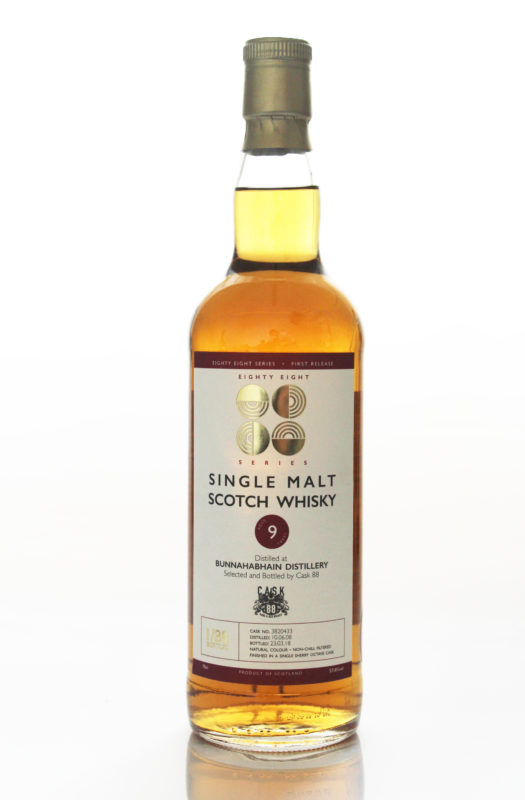 Another Islay 9 Year Old and another beauty. Matured in a refill sherry hogshead before being transferred to the quarter cask for just 3 months, this whisky starts by giving you a tour of the Bunnahabhain distillery. Faint smoke, cracked black pepper and lemon juice are on the nose and these are followed by bitter marmalade on buttered toast, campfire and then some rich dark fruits work their way around your palate. The finish has gentle lingering smoke and a hint of dark chocolate that rounds the whole thing off in style.

A very nice whisky that is proud of its roots and only improved by the gentle sherry influence. 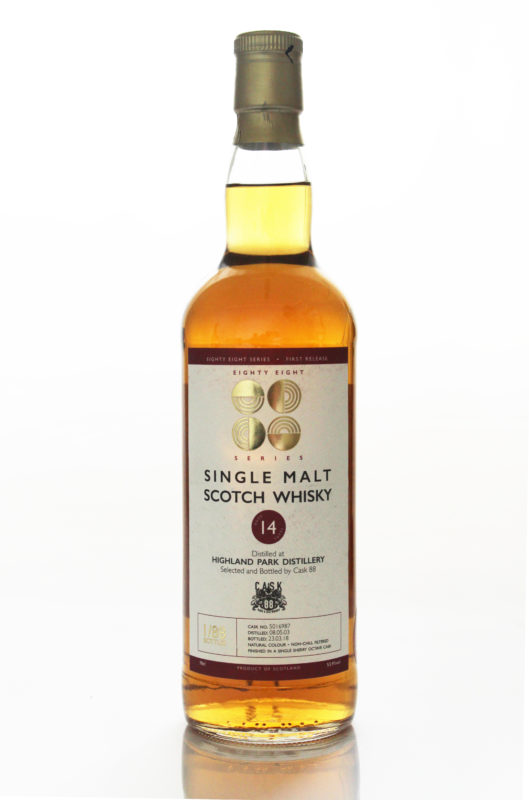 Selected from the Highland Park distillery on the Isle of Orkney, this dram spent a 7 month finishing period in the quarter cask, having spent the first part of its life in a Bourbon hogshead cask. The bourbon influence is quite obvious here with citrus fruits, subtle vanilla and sherbet lemon combining excellently with the heathery, slightly smoky Highland Park spirit. Then comes dried tobacco leaves, a little salt and new leather from the sherry octave before the smoke returns for a medium length finish.

This one is perhaps the most complex of the four in terms of the range of notes on offer. There’s a serious amount to be explored here.

Get the entire set right here!!!