Bowmore is one of those names that everybody vaguely familiar with whisky will recognize. No wonder! It has a long and rich history and can boast that it was the first distillery on Islay to obtain legal status back in 1779.

This Islay distillery sits on the shore of Loch Indaal in the centre of the town of Bowmore from which the distillery takes its name. Bowmore is also distinguished for producing the oldest ever Islay malt, being a 1957 malt bottled at 54 years old in a crystal decanter with a price tag of around £100,000. That's expensive whisky!

The company has changed hands a number of times in the 200+ years since it was founded. The current owner is the Japanese beverage giant Suntory, who acquired 100% ownership in 1994 after an initial purchase of a 34% stake five years earlier.

On top of owning Bowmore, Suntory also owns Laphroaig, Ardmore, Auchentoshan and Glen Garioch along with American and Japanese brands.

The distillery is one of the few that still have a working malting on site, malting a large portion of the barley which goes into making its whisky.

Style wise Bowmore is peated and lighter than many of the heavier Islay whiskies. Typical flavours are light smoke, sherry sweetness and dried fruits but many older bottlings also contain floral notes, especially violets. While these are the traditional flavours of Bowmore, it's worth remembering that they might not be the ones that you find in indie bottlings!

This stunning single cask release was distilled at Islay’s Bowmore distillery in 2011 and matured in a barrel for around 9 years before bottling in 2020. It brings an elegant range of earthy and peaty notes to the table, backed up by freshly cut grass and gentle citrus fruits. It’s beautiful liquid that comes housed […] 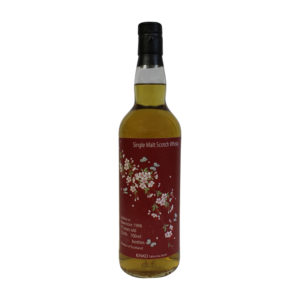 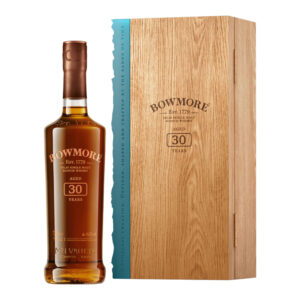 Distilled in 1989, this super luxurious Bowmore expression was then carefully tended to throughout three decades of maturation, resulting in one of the best Bowmore expressions ever released. The distillery states that this expression is a celebration of Bowmore’s rich, subtly peated character and it delivers on the nose, palate and finish. Heather honey, peaches, […] 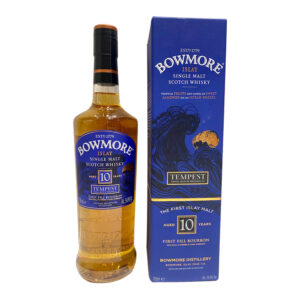 Here we have a brilliant small batch whisky from Islay’s famous Bowmore distillery for you to get excited about – The Bowmore Tempest 10 Year Old. The distillery have been releasing annual batches of this fantastic whisky for a number of years now and the bottles are always snapped up in record time thanks to […] 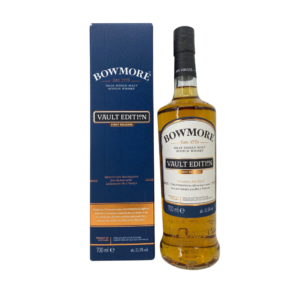 This bottling of Bowmore Vault Edition was the first release in the series, launched in 2016. The series explored four different characteristics that whiskies pick up in the Bowmore No.1 Vaults maturing warehouse, with this first edition exhibiting the effects of the Atlantic sea waves crashing off the warehouse walls. Notes of sea salt, light […] 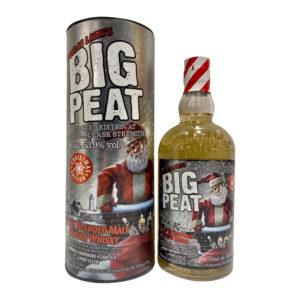 This Islay Big Peat Blended Malt is a Douglas Laing creation made from some of the finest single malts to come out of Islay. Whisky from Ardbeg, Bowmore, Caol Ila and the silent distillery of Port Ellen is included in this fine expression and they combine in harmonious fashion. Expect lots of fruity notes and […]