January is a month that seems to drag on.

Christmas and New Year celebrations are behind us and for some reason it always seems to take us the best part of a month to fully recover from the festivities. Much of the month is spent in the gym (who knows how long this will last), getting back into the groove at work and hiding from the cold in the evenings (especially if you live in Scotland).

But as the month progresses we start to get a bit more life about us. Our body starts to feel the benefits of our new found ‘love’ for exercise and our finances slowly recuperate from the hammering they took in December. By the time the end of the month draws near, we’re almost ready to ease ourselves back into socialising. And that’s where Burns Night comes in.

This celebration of Scotland’s treasured poet is a jovial and light-hearted affair. We attend Burns suppers with friends, sing songs, dance, eat some fantastic Scottish fayre (mainly haggis, neaps and tatties), have a dram or two and of course, read his poetry. It’s a nice way to set us up for the rest of the year and there is no better way to honour the Bard of Ayrshire than attending one of these jamborees.

Burns himself did love all of these things after all, and perhaps the whisky more than the rest.

Burns mentions whisky in several of his poems and even has a couple of entire poems dedicated to the drink. Much of his early poetry that featured uisge-beatha (the water of life) spoke of his love for the spirit, the effects that it could have on you and the fiery, yet flavoursome, burn that one can only imagine was tenfold in those days.

“And they hae taen his very heart’s blood,
And drank it round and round;
And still the more and more they drank,
Their joy did more abound.

John Barleycorn (whisky) was a hero bold,
Of noble enterprise;
For if you do but taste his blood,
‘Twill make your courage rise.”

As Burns grew older he saw an array of new whisky tax laws introduced and, while he eventually became an exciseman (a job that would see you hated by much of Scotland’s illegal distillers at the time), he was also a fervent nationalist and advocate of freedom. He saw many of these new laws as repressive and anti-Scottish and as a result his whisky based poetry became politicised.

“Thae curst horse-leeches o’ th’ Excise
Wha mak the whisky stells their prize!
Haud up thy han’, Deil! ance, twice, thrice!
There, seize the blinkers!
An’ bake them up in brunstane pies
For poor damn’d drinkers.”

His disdain for the new excise laws that were punishing those manufacturing his beloved drink was obvious, and in his 1786 poem “The Author’s Earnest Cry and Prayer” (said to be addressed to Scottish representatives in the House of Commons) he wrote:

A call for freedom and for harsh excise laws to be removed that has today become one of his most quoted lines.

Picking a whisky for Burns Night

Burns certainly loved his whisky, so what should be your dram of choice on Burns Night? Well, you’re allowed to have several, but here we’ll recommend one that we think pairs well with the traditional Burns supper.

Haggis is relatively gamey and the oatmeal inside can add a lovely malty note to any dram. In order to slightly offset the ‘gameyness’, if that’s a word (it is now), a sweet dram with hints of smoke and a little pepper will work wonders. Haggis itself can be quite peppery though so you must be careful when picking a whisky for Burns Night.

Many experts recommend the Talisker 10 Year Old. Its hints of smoke and pepper, combined with the subtle sweetness that comes through work wonders when combined with the dish. But we are the home of indie bottling, and we don’t do things by half measures (especially not our whisky), so we’re going to recommend something extra-special for all you indie whisky lovers that delivers an absolute taste sensation. 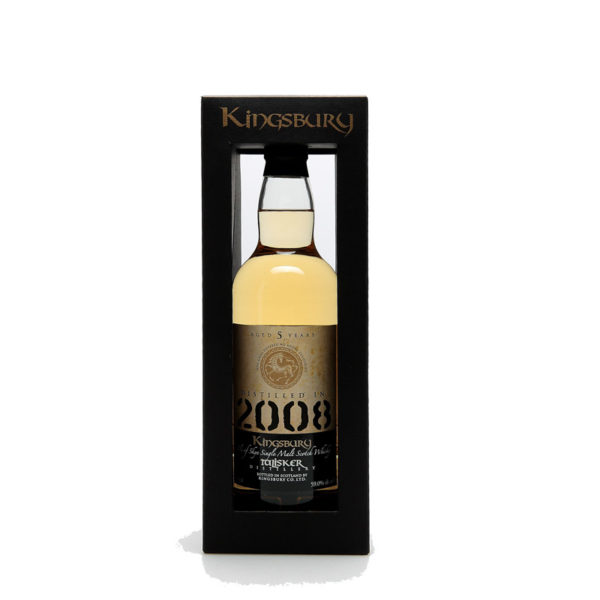 We’re sticking with the Skye based distillery, but this bottle has something that the original 10 Year Old does not – a little extra chilli. “Chilli and haggis! Have you gone mad” I here you cry, but stick with us here.

The maritime flavours in this bottle come through first, adding a little extra kick of salt to your haggis. Then comes the white peppery notes that tantalise the taste buds and bounce off the black pepper in the haggis just perfectly.

This is where the chilli comes in. Don’t worry, it’s not like popping a birdseye in your mouth (who would want that from a whisky?), it’s more like a warming, sweet heat that makes its way from the front of your palate to the back. It only lingers for a short period of time too. Just long enough for you to feel like you’re sat next to an open fire with Burns himself.

It’s this sweet, chilli flavour that helps to balance out the malty haggis, leaving you with a flavour combination to die for.

Then comes the smokiness. A little kick just at the end rounds it off perfectly and adds something to the whole dish that you wouldn’t normally experience, but you definitely should!

Enjoy your Burns Night (we know we will)

Whatever you decide to eat and drink on Burns Night, we at Whisky Foundation hope you have a good one surrounded by singing and dancing loved ones. If you do decide to try the Talisker 5 as your dram for the evening, give us some feedback in the comments or over on Facebook or Twitter, we’d love to hear from you.