Aberlour is a Speyside distillery located in Abelour, Scotland, near the rivers Lour and Spey. Both rivers hold a place in Scottish folklore. The ancient druids believed them to have healing powers. They used the water from them to produce alcohol and watched on in awe as all of their ailments disappeared for a while. Today we know that they were simply getting drunk but, as anyone who has been drunk before will tell you, the feeling of health was likely short lived.

James Fleming, the founder of the distillery was equally impressed with these waters as the druids, and in 1879 he built his state of the art distillery nearby. A typical man of the 19th century, believing in progress and technology, he spared no expense to make his distillery as cutting edge as possible, supervising every detail. It was, among other things, powered by a waterwheel which was quite progressive at the time.

He would work at the distillery producing whisky until his death in 1895 and today, he is buried next to it. For the next few decades the distillery changed hands a number of times before being acquired by the French beverage company Pernod Ricard in 1975, they still own it today.

Aberlour specializes in single malt Scotch whisky and creates a wide variety of expressions. Everything from NAS whiskies to 30 Year Olds, so you can be sure you will find something to your liking. It has also won plenty of international awards over the year for their fine whisky, perhaps most notably at the San Francisco World Spirits Competition and the World Whisky Awards. There is obviously something about this whisky! 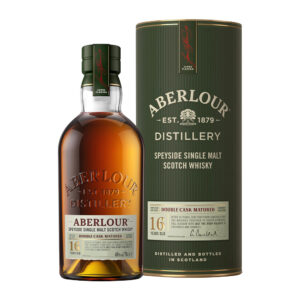 This brilliant Aberlour 16 Year Old Double Cask was matured in a combination of bourbon and sherry barrels, resulting in a balanced, complex whisky that just keeps on giving. Expect lots of juicy notes on the nose, before a real richness of oak and dark chocolate make themselves known on the palate. It’s a superb […] 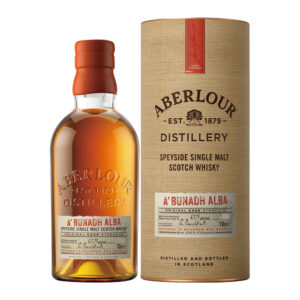 The Aberlour A’Bunadh has become a fan favourite over the years thanks to it’s rich and complex character that exhibits a compelling range of notes that take several drams to fully explore. This Batch 6 was matured in bourbon barrels that have imparted light, creamy and fruity notes onto the smooth and elegant liquid. It’s […] 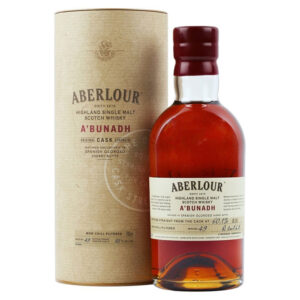 The Aberlour A’Bunadh has been a fan favourite for some years thanks to its incredibly rich and flavour packed character that delivers a memorable drinking experience time and time again. From this Batch #49 bottling, you can expect a thick, creamy mouthfeel that combines with notes of sticky toffee, walnuts, sultanas, cinnamon spice and gentle […] 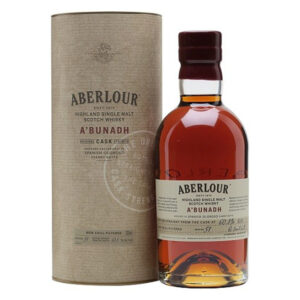 The Aberlour A’Bunadh has been a fan favourite for some years thanks to its incredibly rich and flavour packed character that delivers a memorable drinking experience time and time again. From this Batch #51 bottling, you can expect a thick, creamy mouthfeel that combines with notes of dark chocolate, toffee, hazelnuts, gentle black pepper spice […]