The Highland Park distillery is Scotland’s most northern distillery by about half a mile. It is based in Orkney, close to the Scapa distillery.

Highland Park expressions are recognized worldwide for their quality, having won gold at the San Francisco World Spirits Competition in 2007 and 2009, along with many other awards in the years before and after.

The distillery is old, founded in 1798 by a Magnus Eunson, a whisky smuggler who has gained notoriety in recent years.

The name of the distillery, Highland Park, refers to the fact that it was founded on an area called High Park which was nearby. It also distinguishes itself by the fact that, unlike most other distilleries, it malts its own barley, and it produces the only whisky to have scored 100% by the tasting team of the Scotsman newspaper.

Its whisky is well known for being full of flavour and well rounded, which appeals to almost everyone.

This brilliant single cask whisky was distilled at the famous Highland Park Distillery in 2014 and matured in a wine cask for 8 years before bottling in 2022 for indie bottler, The WhiskyFind’s Animal Ladies Series. It features a Lady Sea Otter on the label, making it stand out in any collection, and brings a […] 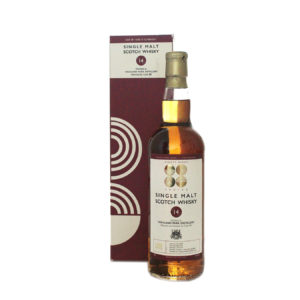 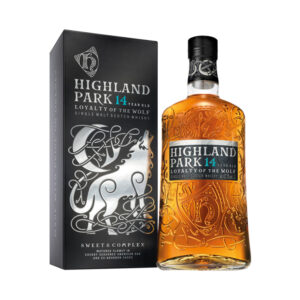 This stunning whisky is a 14-year-old bottle coming from one of Scotland’s most famous distilleries, and the furthest north, the Highland Park. 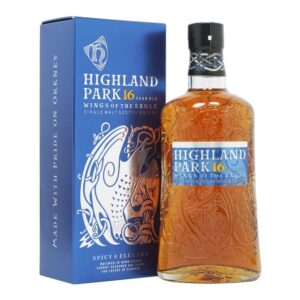 This Highland Park 16 Year Old Wings of the Eagle bottling is one of three expressions from the distillery that were released exclusively for travel retail. It was created in the Scottish Highlands and matured in a mixture of American and European sherry seasoned oak casks before bottling. It brings buttered toast, shortbread, orange zest […] 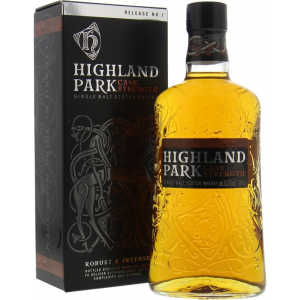 The Highland Park Cask Strength No.1 is an exquisite bottling from the famous Highland distillery that was matured predominately in sherry seasoned American Oak casks of different ages, each of which was hand-picked by Gordon Motion, the distillery’s Master Whisky Maker. It is sweet and smoky on the nose, with vanilla and gentle peat working […] 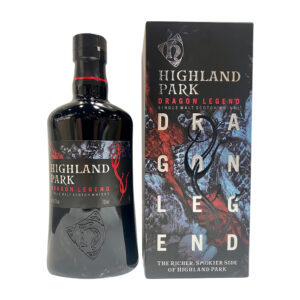 A delightful Highland Park single malt that brings a bit more peat smoke than we have come to expect from the distillery. The building smoky notes mingle with sweet fruits and hints of sultanas and cinnamon spice from the sherry cask matured liquid. As with all Highland Park whiskies, it comes in an elegant, viking […] 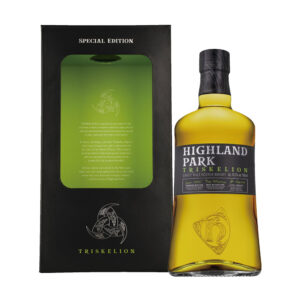 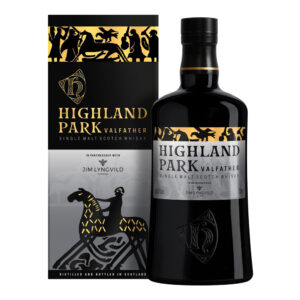 This Highland Park Valfather single malt follows on from the popular Valkyrie and Valknut releases in real style. It continues the story of celebrating Viking Legends and brings a brilliant array of aromas and flavours to the table, including heather, gentle peat smoke, subtle floral tones and lavendar honey. It’s an exceptional creation that looks […] 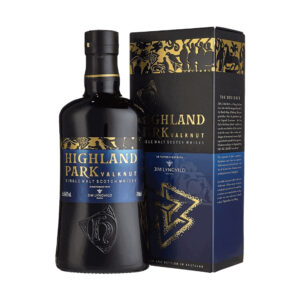 This exciting Highland Park release continues the distillery’s tradition of celebrating viking legends. It comes in a stunning black bottle and box that features blue and gold writing on the label and the flavours inside are equally as compelling. Expect gentle citrus fruits to combine with subtle peat smoke, honey, lashings of vanilla and soft […]

Highland Park Voyage Of The Raven

The Highland Park Voyage of the Raven is a stunning single malt whisky released exclusively for the Travel Retail. The whisky is so named in order to highlight the reverence that ravens received from Vikings many years ago. It has been been matured predominately in first-fill Sherry seasoned casks, which have imparted rich notes of sticky […]