The Bunnahabhain distillery was built in 1881 at what was an otherwise isolated area of Islay. The area was so desolate in fact that a whole village, with the same name, was built in order to house the workers from the distillery.

Bunnahabhain has had a number of owners over the years, most notably it changed hands in 2003, from Edrington to Burn Stewart, a group which is now owned by the South African Distell group.

Bunnahabhain is one of the milder Islay malts, with peated malts only produced for a short period each year. The standard style of this whisky would be an unpeated sherried dram, with notes of sweet dried fruits and a chocolaty smooth sweetness. It has a full range of age and non age statement whiskies being released from the distillery, all of which are rather delicious.

If you like Islay malt, and if you like your whisky mild then we at the Whisky Foundation have got you covered. The Bunnahabhain independently bottled expressions that we stock are an absolute joy to look at and a pleasure to drink.

This magnificent Bunnahabhain single cask whisky was distilled at the world famous Islay Distillery in 2002 and matured exclusively in a sherry butt for 17 years before being bottled and released for the Taiwanese market by WhiskyFind. The whisky brings incredible notes of Christmas cake, dried fruits, a range of spices and subtle black pepper. […]

This Bunnahabhain 1998 Calvados Cask finished single malt was released for Feis Ile 2022 and has become an instant hit. The liquid spent a full two years in ex-Calvados casks, the finest brandy in France, infusing every drop of golden, sweet whisky with the influence of French Gaul. Expect lots of pear drops, toffee apples, gentle […] 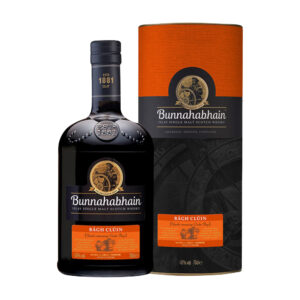 This exciting release from Islay’s famous Bunnahabhain distillery takes it’s name from the Gaelic for Calm Bay. It was matured in a combination of sherry and bourbon casks that have imparted a delicious array of notes onto the smooth and moreish spirit. Expect juicy grapes, salted caramel and creamy toffee, with hints of pickled berries lingering […]