While many people are drawn to whiskies from the Speyside or Islay regions of Scotland, the Highlands tell an important part of Scottish whisky history.

One of the most prominent Highland distilleries is Clynelish.

When originally founded, the whisky from Clynelish was held in such high regard that it was only sold to customers privately. Over the years Clynelish has continued to be prized among experts.

Malt whisky gurus consistently praise the unique combination of North Highland and maritime qualities. You can almost taste the sea air with its crisp, medium-bodied, mustard-fresh style. The whisky doesn’t have the pungent smokey profile of an Islay whisky, but there are small traces of it.

It’s not a heavy malt, perfect for enjoying anytime.

Clynelish has a quite interesting story, being built in 1968 next to another distillery with the same name. To the surprise of many, the original Clynelish reopened in May 1969 and operated until July 1973. This resulted in a period of time when there were Clynelish A and Clynelish B distilleries. Having two distilleries producing entirely different flavour profiles under the same name became quite confusing to whisky lovers (that’s you and me!).

As such, the original distillery was renamed Brora Distillery and continued production of a heavily peated whisky until 1983.

Clynelish is built in the Northern Highlands as an exact replica of Islay’s Caol Ila distillery. Today it continues to be a whisky powerhouse. It’s muscular, slightly peaty whisky has been valued by leading blenders.

A large portion of the spirit used in Johnnie Walker Gold Label Reserve comes from Clynelish. 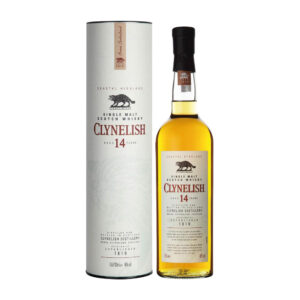 This beautiful 14 Year Old from the Clynelish Distillery is a smooth and delicious expression that brings a range of unique tasting notes to the table including heather, citrus fruits, soft caramel and charred oak. It’s a whisky that has been delighting noses and palates for years and has even picked up a few awards […] 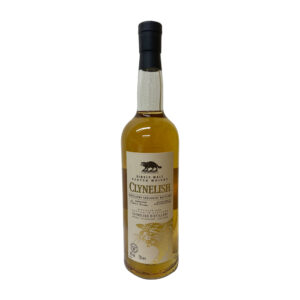 A unique and collectable Clyenlish single malt that was bottled and released to celebrate the distillery’s 200th anniversary. Such a milestone needed a whisky to match and the team at Clynelish picked a beauty in this one. Smooth, fruity and slightly herbal, with gentle spices and just a whiff of smoke in the background, it […] 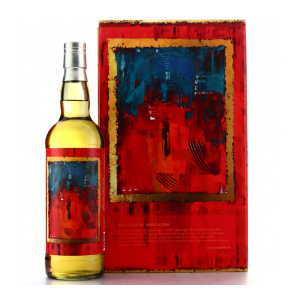 This incredible, artistic bottling from French independent bottler, La Maison Du Whisky, contains some fantastic Clynelish single malt inside. It was created by marrying 9 refill bourbon barrels that were distilled at the Highland distillery in 2008. The whisky was bottled at 10 years old and brings an elegant array of light citrus fruits, gentle […]