Another Island distillery, Tobermory is located on the Hebrian island of Mull, population about 2800. Founded in 1798 by John Sinclair, it was actually one of the first companies in the town of Tobermory which had only been founded as a fishing ground a few years earlier. Sinclair had been a traveling merchant who got the idea of founding a whisky distillery where there was none. It has changed hands more often than we can count, first in 1823, then in 1890, again in 1916 and so on. It has also been closed down a few times, the first time being in 1916 due to prohibition which devastated the whisky industry. It opened again in 1931 and was variously open and closed for the next decades. Current owners are Burn Steward Distilleries, a subsidiary of a South African group.

The distillery has the capacity to produce over a million liters of spirits a year which are used in various blends as well as its very own products.

The Scottish Leader Supreme is a whisky that should be of some interest, it did for example win the international spirits challenge back in 1997. It is also a whisky not widely available in the west as it is made especially for the East-Asian market and currently only sold in Taiwan. Well rounded sweet and smooth with a dark, tasty coloring, if you want to try something that you cannot easily get your hands on, then Scottish leader Supreme should be your thing. 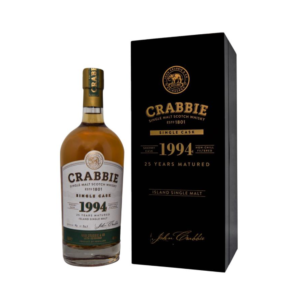 This wonderful 25 Year Old single malt from Crabbie is a single cask whisky distilled at the Isle of Mull’s Tobermory distillery before being matured in a ex-sherry cask that has imparted notes of fruit cake, dark chocolate and warming spices. It’s a fine whisky that comes packaged inside a beautiful wooden box and with […] 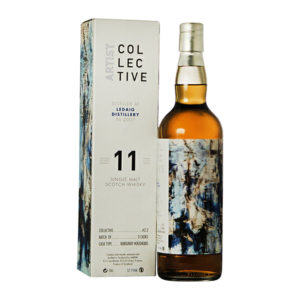 This stunning Ledaig 11 Year Old is a peated small batch whisky that was distilled at the Isle of Mull’s Tobermory distillery in 2007 and matured for 11 years, including a unique finishing period in a burgundy cask. The finishing period has imparted notes of aromatic incense, liquorice and rich cocoa onto the dry, smoky […]

This Ledaig 12 Year Old was produced at the Isle of Mull’s Tobermory distillery in 2005 and matured in a single sherry butt before being bottled at cask strength for the Japanese market. It brings an intriguing range of fruity flavours to the table including winter berries, plums and chocolate raisins and these combine superbly […] 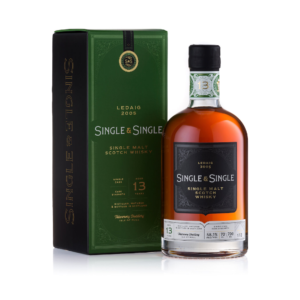 Ledaig is the brand-name under which peated whiskies distilled at the Tobermory distillery are released. They have become huge fan favourites in recent years, with their smoky, spicy and complex range of aromas and flavours giving whisky-lovers a lot to explore. This 13 Year Old is one of the best we’ve tried. Distilled on the […] 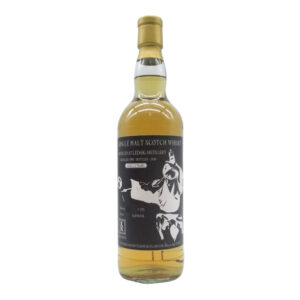 This rare single cask Ledaig was distilled in 1997 and matured for 22 years before bottling at cask strength in 2019. Ledaig is the brand under which peated whisky from the Tobermory distillery is sold, so expect waves of peat smoke, alongside citrus fruits, soft vanilla, creamy honey and gentle spices. It’s a delicious and […] 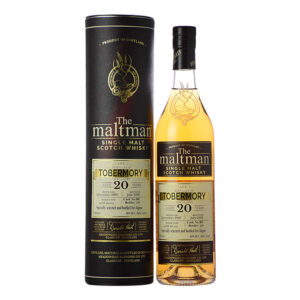 A brilliant single cask whisky that was distilled at the Isle of Mull’s Tobermory distillery in 1997 and matured in a refill sherry cask for 20 years before being bottled by The Maltman indie bottler in 2018. It brings a delicious array of sweet and spicy notes to the table, all backed up by gentle […]