The Longmorn distillery has long been one of the best kept secrets of the whisky industry.

Many connoisseurs note the whisky as their favorite Scottish single malt and that says something about the quality!

It’s whisky has served as the cornerstone of the entire Chivas Brothers single malt line.

The style of the distillery is rich and sherried, with many people detecting hints of grapefruit. Strong relationships with independent bottlers combined with distillery stockpile of long-aged whisky yields some excellent releases at competitive prices.

The Longmorn Distillery was founded in 1893 by John Duff, a former manager at Glendronach and Glenlossie. John Duff was an icon in the whisky industry with ties to many of the best Speyside distillers and even those in the USA.

Production began in late 1894, but industry turbulence (due to World War 1 and then Prohibition) resulted in the bankruptcy of John Duff and a subsequent series of ownership changes.

In 1970, Longmorn joined Glenlivet and Glen Grant to form The Glenlivet Distillers Ltd. This company went on to be acquired by Chivas Brothers in 1978 and this was followed by Chivas acquisition by Pernod Ricard Group.

Marketing efforts to better establish the Longmorn name have begun taking place and the increased demand has resulted in steadily higher prices. Given the widespread praise, this whisky is one that will likely continue to rise in prominence. 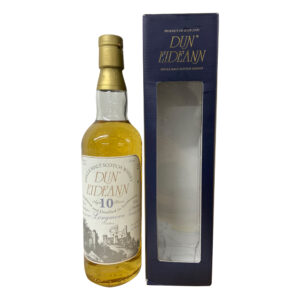 This Longmorn 10 Year Old is a single cask expression distilled in 1990 and matured for 10 years before being bottled by Dun Eideann in 2000. It’s an elegant and fruity expression that is one for the bourbon lovers out there.