The Glenrothes is one of the great Speyside distilleries located in the village of Rothes. It was built in 1878 by James Stuart who at the time worked for the famed Macallan distillery. It released its first whisky in 1879.

Glenrothes gets its water from a private spring called “’The Fairies’ (or Lady’s) Well” which runs nearby. It still uses exact replicas of the stills installed when it was founded, although the numbers have increased to ten in total, five being wash stills, five being spirit stills.

Its malt is well known for its structure and flavor and is partly used in some of the most popular blends in the world, including the Cutty Sark and the Famous Grouse. It is also a bit unusual in the sense that it does not mark its whisky by years but by vintage, the reason being that the distillery releases only when it is satisfied with its spirit, irregardless of how long it has aged. Having said that, independently bottled releases do feature age statements.

Most of its whiskies are matured in sherry casks but some bourbon casks are also used.

Well known for its spicy and rich character, you might want to give Glenrothes a try if you have not already. Exquisite whisky. 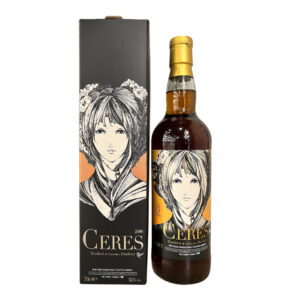 A wonderful single cask, single malt whisky that was distilled at the legendary Glenrothes Distillery in 2006 and matured in a single sherry butt for 15 whole years before being bottled by The Whisky Agency. The cask was a top quality, first-fill Oloroso butt and it has imparted an incredible array of rich and fruity […]