Bowmore is one of those names that everybody vaguely familiar with whisky will recognize. No wonder! It has a long and rich history and can boast that it was the first distillery on Islay to obtain legal status back in 1779.

This Islay distillery sits on the shore of Loch Indaal in the centre of the town of Bowmore from which the distillery takes its name. Bowmore is also distinguished for producing the oldest ever Islay malt, being a 1957 malt bottled at 54 years old in a crystal decanter with a price tag of around £100,000. That's expensive whisky!

The company has changed hands a number of times in the 200+ years since it was founded. The current owner is the Japanese beverage giant Suntory, who acquired 100% ownership in 1994 after an initial purchase of a 34% stake five years earlier.

On top of owning Bowmore, Suntory also owns Laphroaig, Ardmore, Auchentoshan and Glen Garioch along with American and Japanese brands.

The distillery is one of the few that still have a working malting on site, malting a large portion of the barley which goes into making its whisky.

Style wise Bowmore is peated and lighter than many of the heavier Islay whiskies. Typical flavours are light smoke, sherry sweetness and dried fruits but many older bottlings also contain floral notes, especially violets. While these are the traditional flavours of Bowmore, it's worth remembering that they might not be the ones that you find in indie bottlings!

Bowmore 18 years Deep & Complex Traveller’s Exclusive is a unique limited edition from one of Islay’s most famous distilleries. The nose brings creamy caramel toffee with ripe fruit and gentle smoky aromas before the palate arrives with rich mixed fruit and dark chocolate mingling with more  building peat smoke. The finish is long, fruity, […]

This superb single cask whisky from the world famous Bowmore Distillery was distilled in 2000 and matured for a whole 21 years before being bottled by The Whisky Find. The liquid inside is of the highest quality, exhibiting sweet, fruity and smoky notes that take you on a journey from the Bowmore malting floors, through […] 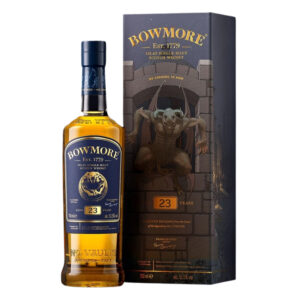 This exciting Bowmore 23 Year Old makes up part of a two bottle collaborative series titled “No Corners To Hide”. It is an illustrated series that is inspired by the legends of the Bowmore Distillery and this particular bottling was illustrated by famous Glaswegian artist, Frank Quitely.  It tells the legendary tale of the devil […] 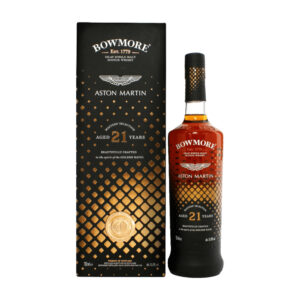 This amazing single malt whisky from Islay’s Bowmore Distillery was made in collaboration with legendary car manufacturer, Aston Martin. This is the fourth whisky they have releases together, with 10, 15 and 18 Year Olds also available. The oldest in the collection, this one is also the richest, displaying a dark mahogany colour and woody […] 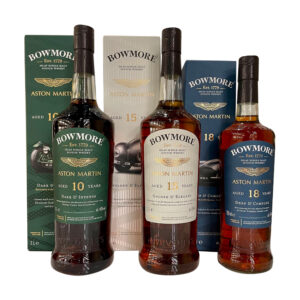 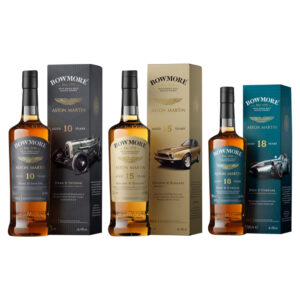 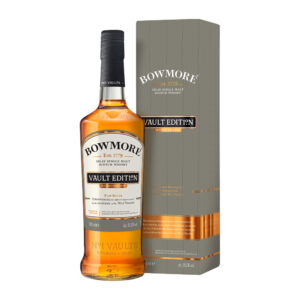 This stunning Bowmore Vault Edition 2nd Release is the follow-up whisky to the first Vault release, which was a huge hit with whisky fans around the world. It was created using peated malt and matured in the famous Bowmore Vaults Cellar, resulting in a delicious dram that bring perfectly balanced smoky flavours that combine with gentle […]