Fettercairn is one of the oldest licensed distilleries in Scotland. In fact, it was the second distillery to become legalized within the country.

The distillery was originally a corn mill named “Nethermill”. Sir Alexander Ramsay decided to purchase the corn mill and convert to a distillery following the Customs and Excise Act of 1823, which drastically reduced the amount of taxation placed on whisky production.

The distillery initially experienced a relatively turbulent history starting with a fire in 1887 that destroyed most of their equipment. A joyful re-opening in 1890 was proceeded by an extended period of financial difficulty.

The onset of the First World War and Prohibition proved too much and the distillery closed in 1926. Doors remained closed until 1939 when it was acquired by Associated Scottish Distillers Ltd, a subsidiary of the American-owned Train and McIntyre.

Fettercairn offers visitors one of the most outstanding views of any Scottish single malt distillery. It’s located between the foothills of the Grampian Mountains of the Eastern Highlands facing down the glen.

The distillery has produced a range of official bottlings with occasional offerings by independent bottlers (that’s where we come in!).

Much of the whisky produced by Fettercairn has been used as an important component in the Whyte and Mackay blends, the parent company of the distillery from the 1970s until 2007.

Fettercairn is a pure spirit which is crafted by its unique stills and forged through temperate maturation. Within its process, the distillery uses a unique irrigator ring that surrounds the stills which drenches the still to deliver only the purest spirit. For anyone looking to try a classic Highlands whisky, Fettercairn makes an excellent choice! 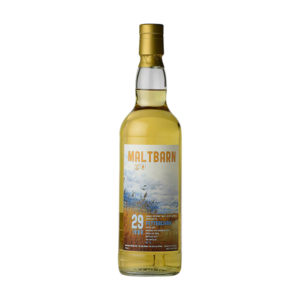 This beautiful Fettercairn was distilled in 2006 and matured for 14 years before bottling by Whisky Taste as part of their ‘Oriental Heroes’ series. This one honours manga hero Dong Fang Wudi, who is displayed in elegant style on the label. Limited to just 226 bottles, this single cask single malt comes packaged inside a […]